Numerous States have tried to protect and preserve the rights, information and data of individuals with regulations like SOPA, CISPA and Article 13. However, these rulings are often met with strong opposition by the population. Be it poor communication of details, over-regulation and possible restrictions on previously enjoyed freedoms or laws that do not intervene strongly enough in markets.

The latest representative of these feared regulations is COPPA. Namely the Children’s Online Privacy Protection Act, it was passed by the US congress in 1998 and mandated the Federal Trade Commission (FTC) to monitor and enforce compliance. It’s main goal is to protect the personal data of children. Affected are operators of websites or online services whose target group is people under the age of 13 or who knowingly collect personal information of people under the age of 13. [1]

In April 2018, several child protection organizations banded together against Google’s handling of minors’ online data. YouTube, which is accessed by millions of children on a daily basis, as the culprit was processing the information of minors without prior consent of their parents. In fact, consent was never obtained, but personalized advertising, for example, was still active by tracking movement and user behavior. As a result, Google unlawfully acquired huge amounts of revenue over many years. [2]

On September 4th , 2019, a settlement imposed a $170 million fine on Google. It should be noted, that the fine was decided with a voting of 3 to 2. The alternative would have been a much higher sum, which is why Google got off relatively light this time.

In addition, Google commits to implement systems that identify content targeted at children, to prevent any data collection and other infringing activities. Naturally, Google was also prohibited from disregarding the COPPA regulations in the future.

Although the infringement was caused by YouTube, the introduction of new systems will affect all of the tech giant’s platforms. As a result, Google launched a Play Store survey in May that was mandatory for every developer. The goal was to gather information about the target groups of published apps. Of course, special attention was paid to apps aimed at people under the age of 13, since COPPA rules would apply. 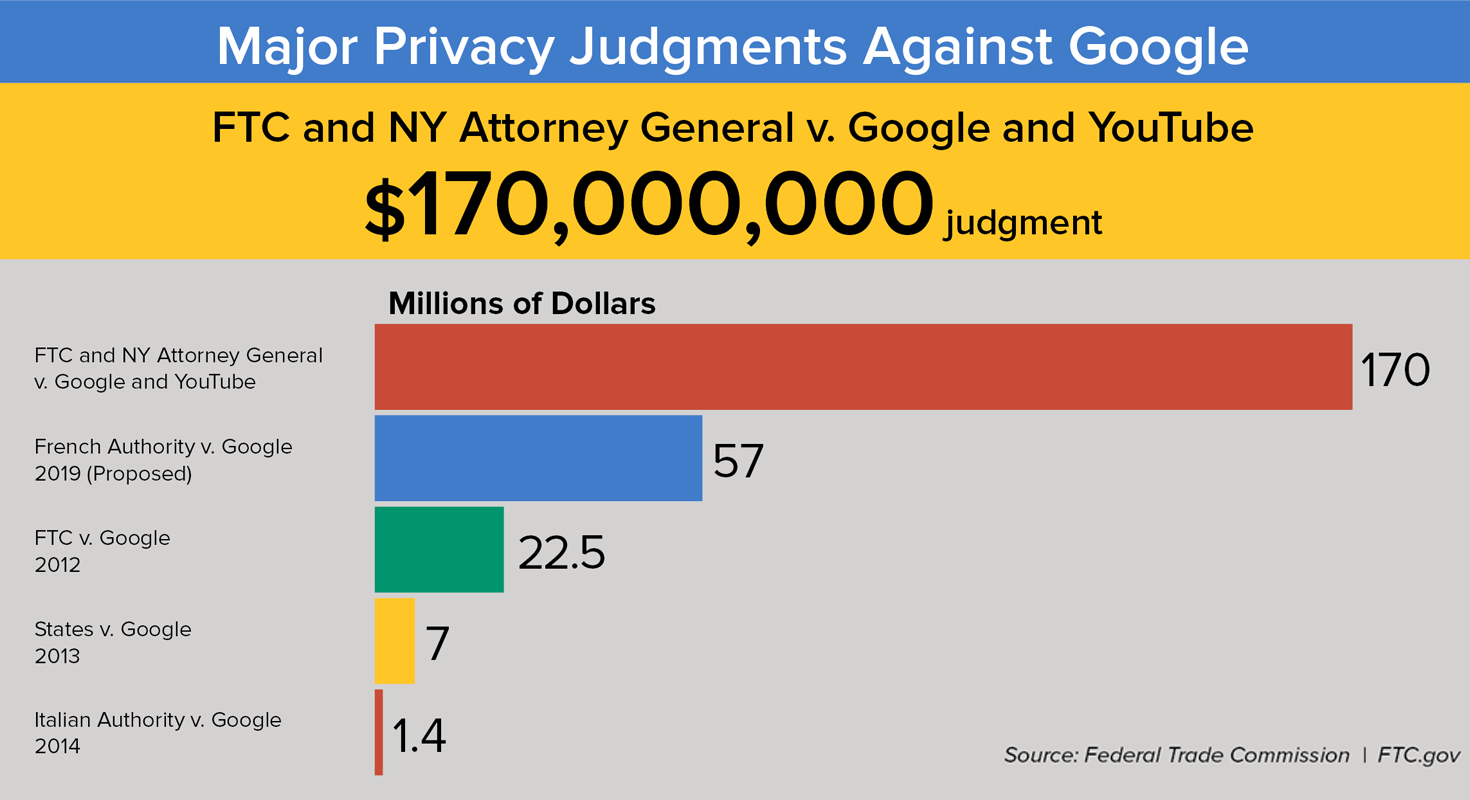 Principally, the event industry and users of the Mobile Event App will not experience any direct effects. Event audiences are rarely under 13 years of age or at least do not access the provided app. However, the event manager must be careful if children do access the app. Generally, children are allowed to use the app, but personal data must not be collected without parental consent.

Should persons under the age of 13 participate in an event and gain access to the app, there are several factors to be considered. Using YouTube as an example, personalized advertising and the collection of user information would have to be stopped. The ability to comment would also cease to exist, leaving a minimum of anonymous interaction possibilities. [3]

How to best move forward should be discussed with your personal Google contact. Otherwise, the FTC website also provides information and an FAQ regarding COPPA. Of course, the Mobile Event App team will also always be at your side in order to fully meet the regulation requirements.