The Year in Review – Digital Summit 2019

The Year in Review – Digital Summit 2019

Summary And The Relevance Of Mobile Apps

The entire digital summit was overshadowed by the unfortunate fall of Peter Altmaier, Minister of Economic Affairs. The program and the trend-setting announcements on “Digital Platforms” with high-ranking representatives from business, politics and science almost seemed nonexistent in comparison.

“GAIA-X” was officially announced. The project will form a European counterpart to the three major cloud providers, AWS, Google Cloud and Microsoft Azure. It is supposed to provide the basis for a powerful and competitive, secure and trustworthy data infrastructure in Europe. The Federal Ministry of Economics calls it the “cradle of an open and digital ecosystem”. Well-known German companies such as Siemens, Deutsche Börse AG and Deutsche Telekom AG, along with other companies from Germany and France, have already committed themselves to it. With plans to start live operations at the end of 2020, the project has also set itself a challenging goal. 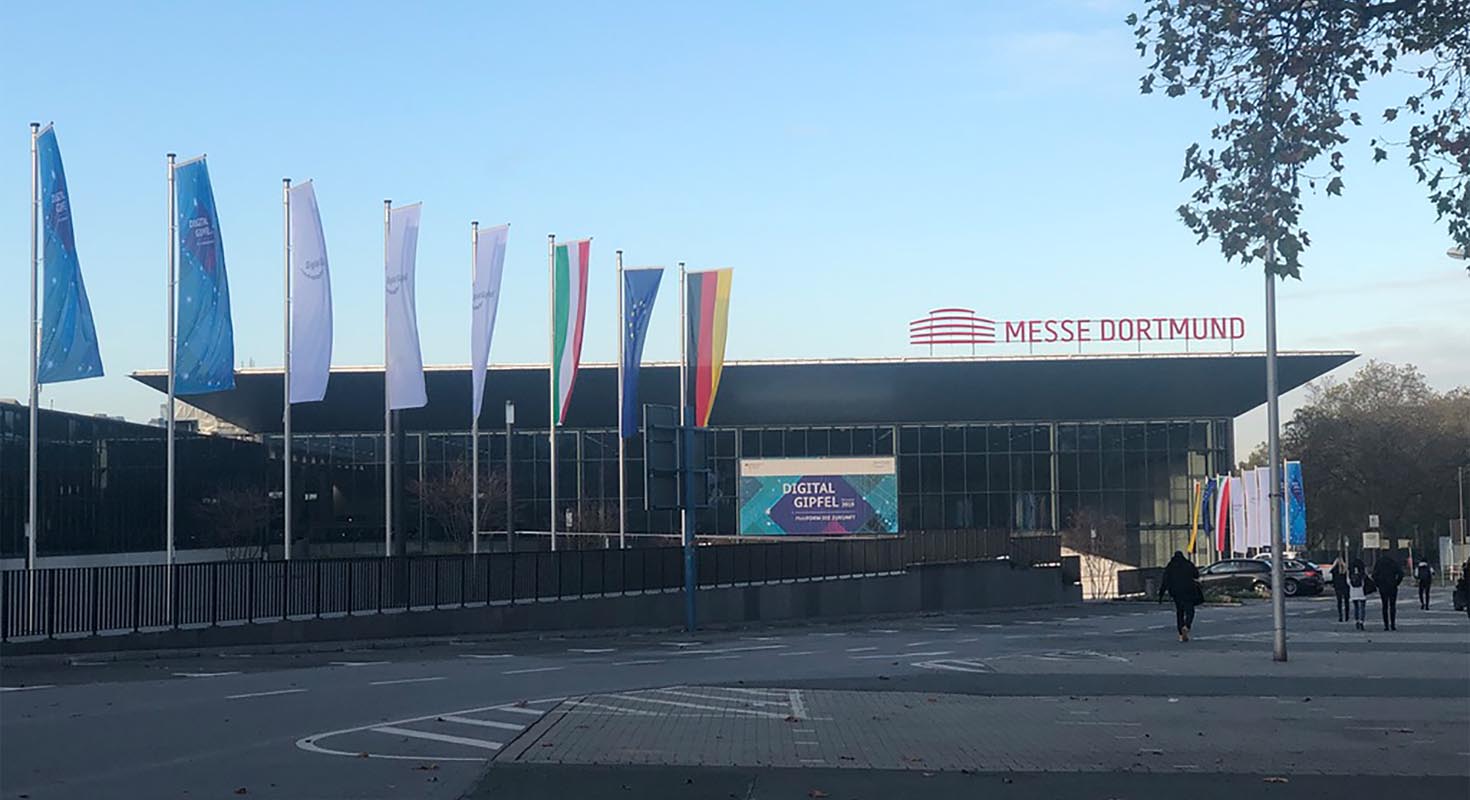 In addition to political announcements, the two-day event was set on three stages with numerous lectures and discussion forums on platform economics, digital ecosystems and artificial intelligence of all economic sectors, ranging from start-ups, to German small businesses and the corporate level as well.

The central platforms also had their place again and presented their achievements in shaping digital change during the year-round cooperation between society, politics, science and business.

The two-day event was again accompanied by our Summit App and led approximately 1,500 guests through the program. In addition to the agenda and details of each session, users also had an insight into which exhibitors will be present this year. This enabled them to have their booth location displayed directly in the app in order to locate it more easily.

Participants actively chatted and arranged meetings at the summit’s catering area. All this was made possible by the app’s participant list. If we could wish for anything else in the future, it would be the use of our matchmaking feature, to further simplify and ease the networking of participants.

Between News And Emergencies

It is hard to imagine today’s events without the use of an event app, the unfortunate fall of the Minister of Economic Affairs illustrated that harshly. After the first shock seconds, the entire hall was cleared in order to ensure optimal handling of the situation. The guests found themselves in the catering area without knowing what happened or how the event would proceed. Using a printed program and analogue communication, there would have been no room for maneuver or communication in a situation like this.

An event app can be used as a versatile and digital tool to communicate information and changes to participants in real time, which provides event managers with flexibility and an information channel that can inform participants quickly. The adaptation of the program is handled with a few clicks and information about the situation and process is also communicated via push message, which only takes a few minutes. 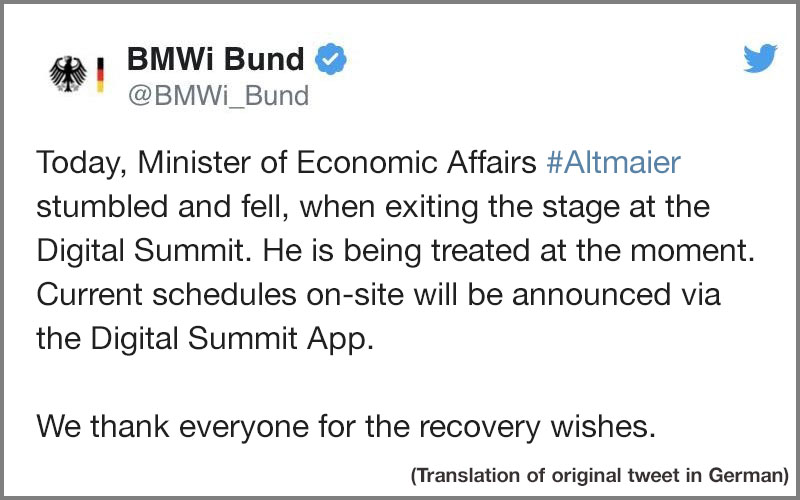 As much as you want to avoid critical incidents during an event, it’s good to know that if anything happens you have a way to promptly provide your participants with accurate information. As described above, an event app can be a flexible helper in emergencies, giving you plenty of room for maneuver.

In case of the Digital Summit 2019, the organizer made changes to the program in the application and informed participants via push messages when the program would continue and how the remainder of the day would proceed. The event was continued smoothly and ended with the keynote address by Chancellor Dr. Angela Merkel, in which she named Jena as the venue for the 2020 Digital Summit.

As a Thuringian company plazz AG is looking forward to a home game for the event app in Jena, which is only 50 km away from Erfurt.