From May 25-29, 2022, thousands of young Christians gathered in Erfurt. There they experienced dynamic church services, thoughtful workshops, captivating concerts, imaginative activity offerings, and inventive youth work formats at multiple and diverse locations. In the process, visitors were encouraged to visibly live out their faith in JESUS in everyday life and to communicate about this theme with others as well.

The Christival forms an important milestone in the lives of many Christians. Because it reflects the relevance of their faith and makes it tangible. At the same time, it encourages them to actively step into the world and positively shape society and the church. At the Christival, they experience that they are not alone, but part of a community of worldwide Christians. That is the CHRISTIVAL!

As plazz AG we supported the Christival 2022 with our Mobile Event App! 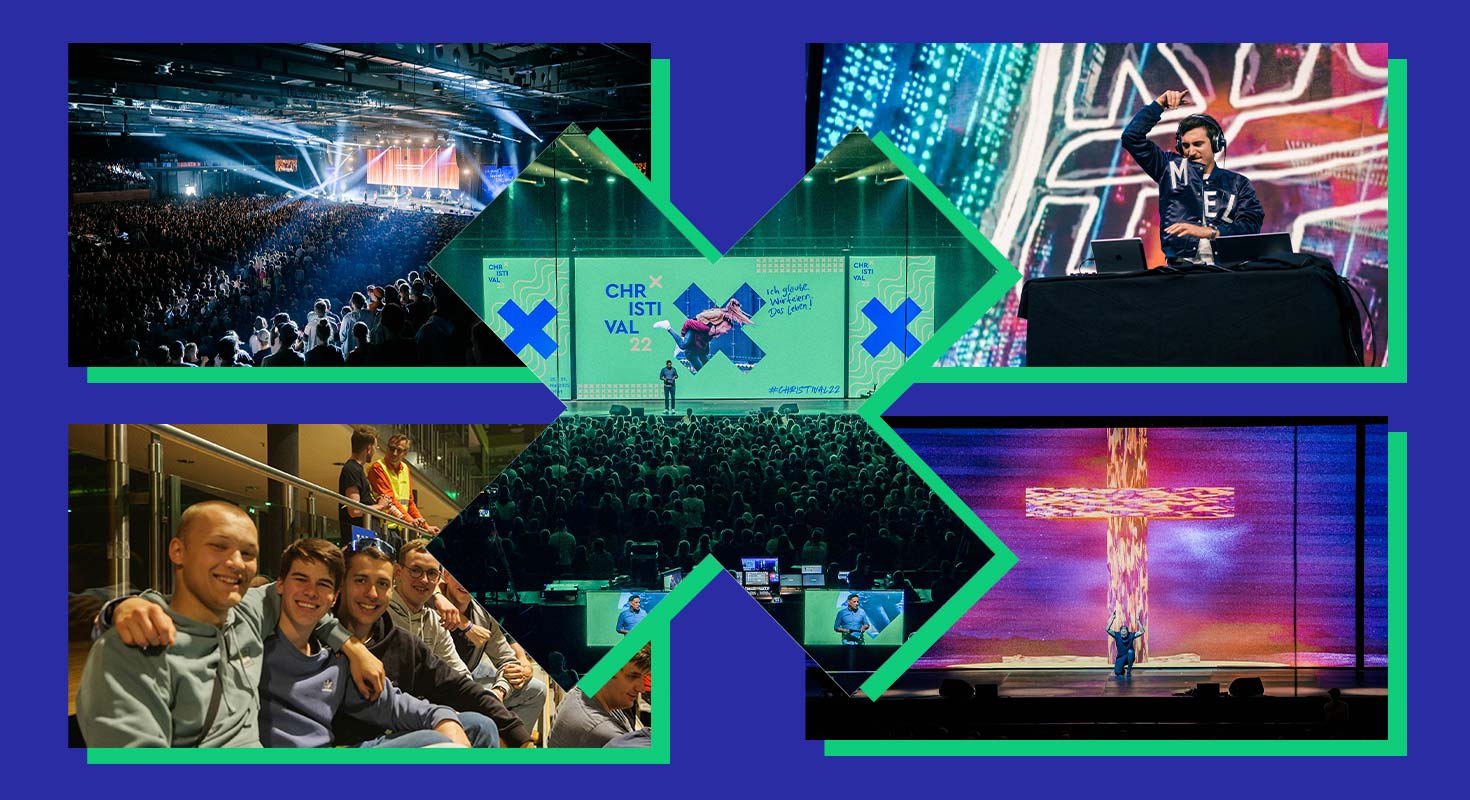 History and organizers of the Christival

The Christival is a youth congress that lasts several days. It has existed since 1976 and takes place every six to eight years in Germany. It is organized by 80 ministries and organizations. Part of it are among other things Evangelist national and free churches. The non-profit association Christival e.V. is the sponsor of the event. 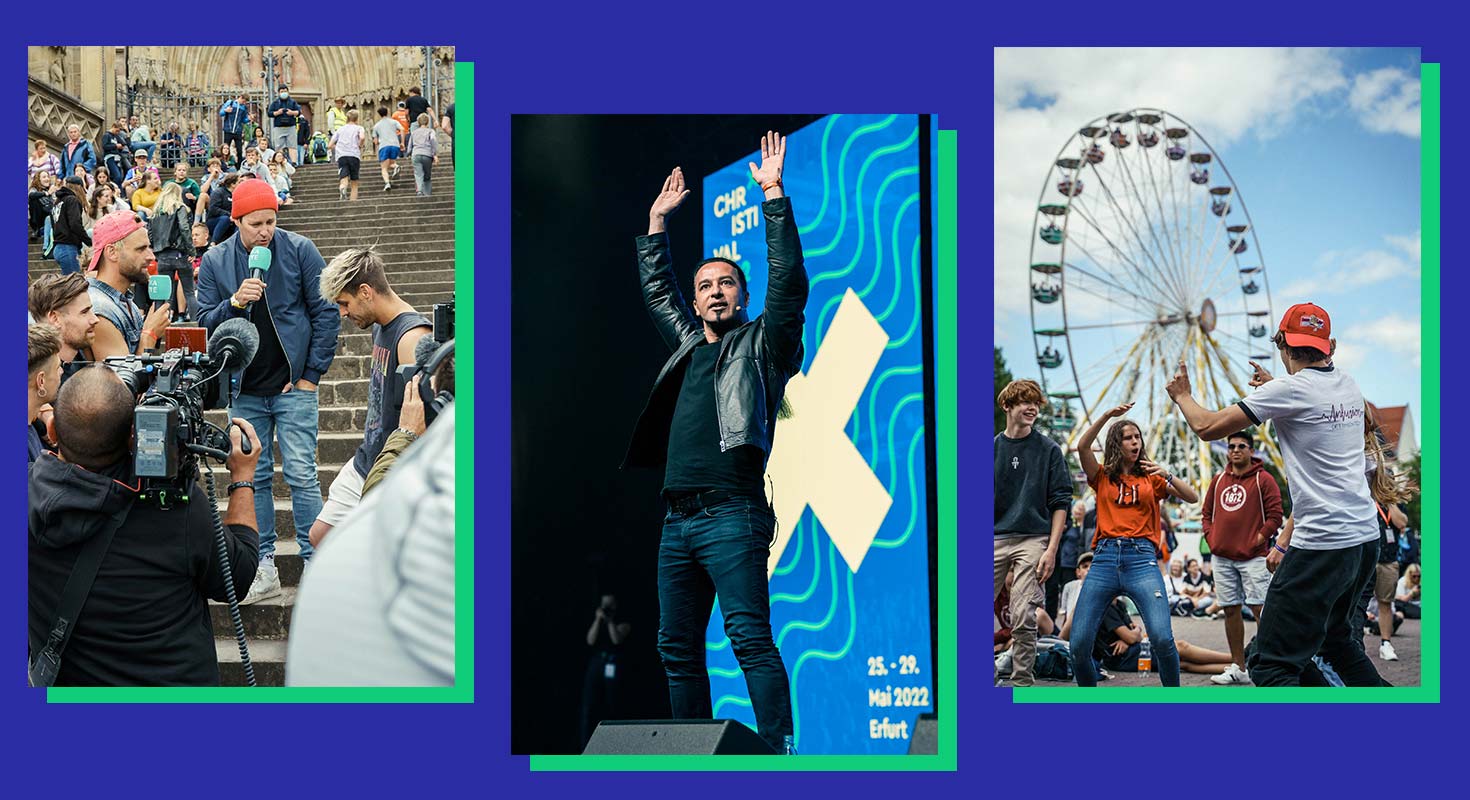 The goal of the Christival is to make missionary youth work in Germany better known and to give it a profile. In the past 40 years, there have already been six Christivals. The goal is to give each generation the opportunity to experience their own Christival. For this reason, each time the organizers start fresh on how the young generation can best be reached, encouraged, and inspired. As a result, contents such as music, the way of expression and other forms change. However, the basic values always remain the same: to provide young people with a clear christian foundation with impulses and meeting spaces. 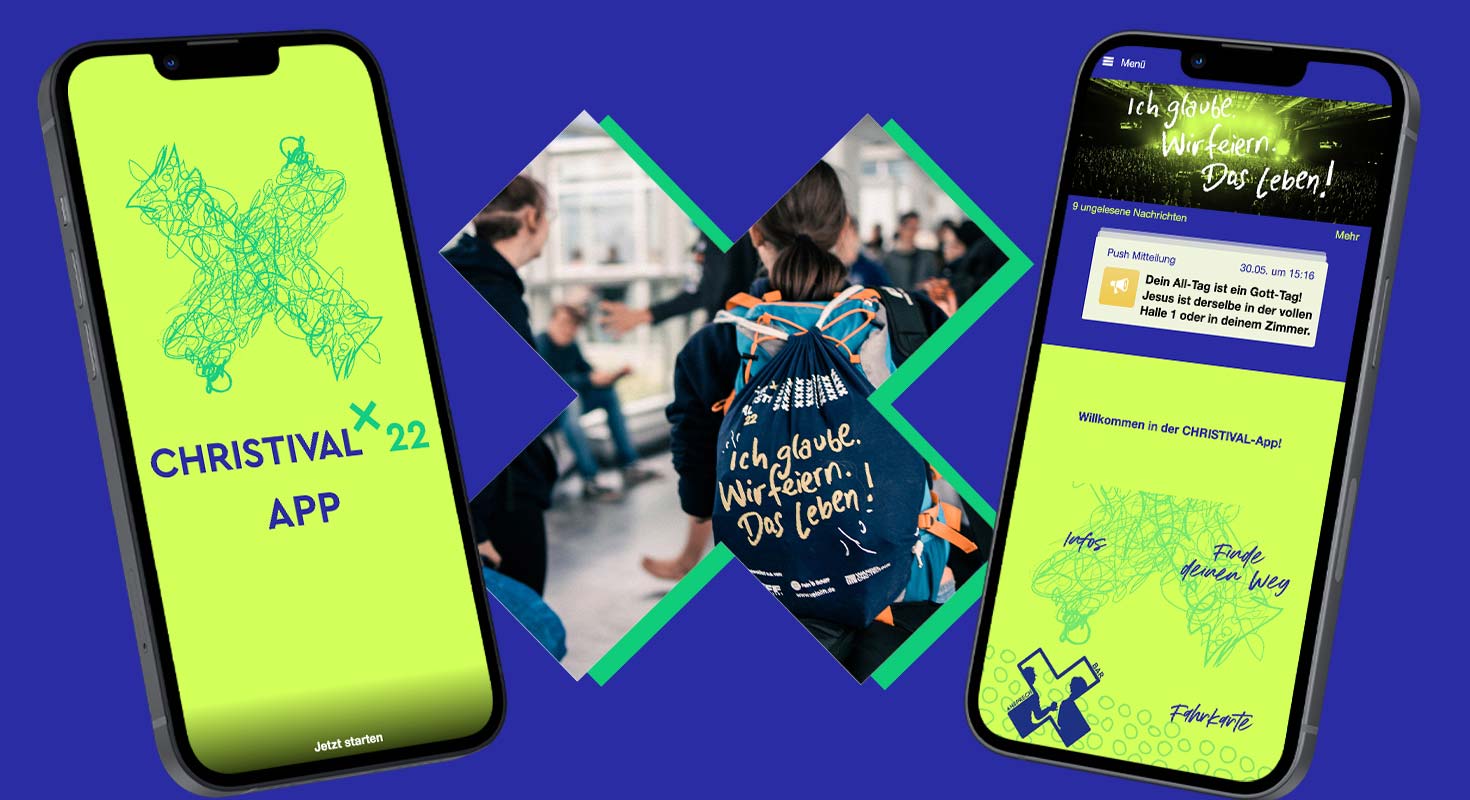 With over 11,000 visitors, the Christival 2022 is one of the largest events that was accompanied by our mobile event app. Numerous interesting moments were experienced and shared, which became digitally accessible through the features of the Mobile Event App.

Starting with individual pages, where different topics of the Christival were covered. Here you found an info page from A-Z, with contacts, information about the Corona measures and many other useful contents. On one of these pages there was also an in-app QR code that enabled free transport by bus and streetcar within Erfurt!

To keep an overview of what was happening, the agenda came in handy. There, each person knew exactly what was happening, when and where. A digital map was available to go along with it. One of them contained a city map of Erfurt to find the various festival locations. Another map showed the fair grounds and the booths to be found there. The markers on the map then referred to the respective exhibitor profile. 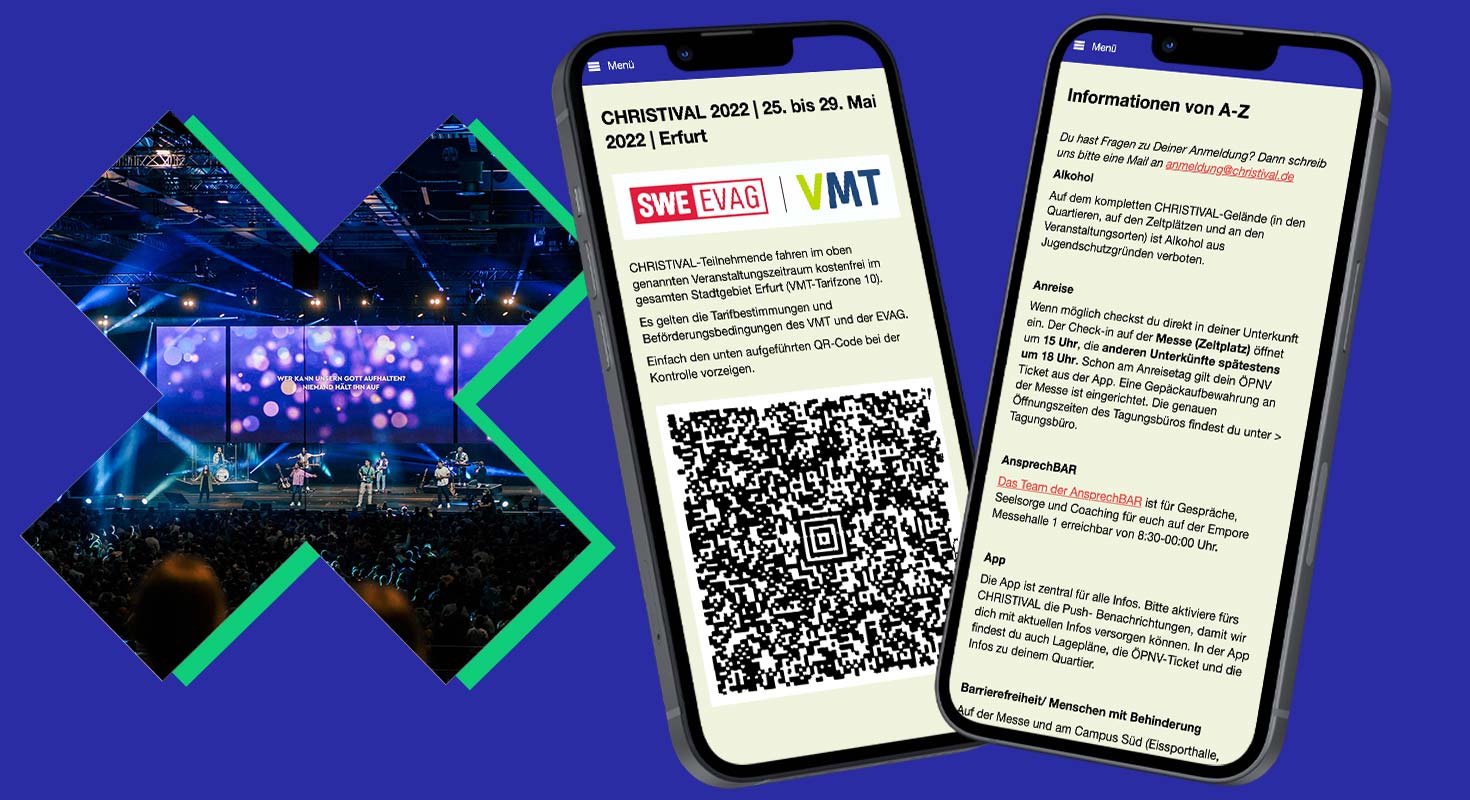 Speakers and presenters were introduced via lists of people. Together with info documents, such as a packing list for the festival, the participants of the Christival were well supplied with information. Equally important, the sponsors were highlighted within the Christival 2022 Event App.

For announcements or last-minute changes, notifications were sent via the Christivall 2022 event app. These were sent within the app and also as push messages.

To make the registration and check-in process as smooth as possible, Christival developed its own check-in solution. This could be easily integrated into our event platform using the Mobile Event App API.